A few weeks ago I posted an article on my "Stuff I Wish I Knew when I was 20" blog about hanging out with the people who will lift you up, who are most like the person you want to be. Another similar post discussed pursuing those who have succeeded where you would like to succeed. Not to be a stalker, but to seek their council and advice.

For the writer, this is difficult. At least it used to be, way back in the dark ages before facebook and twitter. Now we can jump online and find a group of like-minded folks, what Seth Godin calls a "Tribe." Heck, you can decide one day to be a Christian Boston Terrier Mystery Novelist and find a group of people within five minutes who share your passion for Christianity, Mysteries, and hyper-bouncy dogs. Indeed, the age of social media has made finding and joining a tribe as easy as finding a re-run of MASH on satellite TV. Friend an author Edie Melson even wrote a book on the subject (writers must write a book on every subject, it's just what we do). Check out Edie's post and book over yonder at Novel Rocket.

What Seth or Edie don't bring up is that we may have come full circle. Where once anyone calling herself a novelist would have had a lonely existence anywhere outside of New York, now this same aspiring author will find a dozen facebook groups, twitter hashtags, and Google+ Communities just full of folks who share her passion.

This is where the trouble begins. So many people have figured out that social media opens up a whole new world for marketing that they do nothing but that--market. I can go onto twitter right now, type #acfw, and find the same three people posting the same one line sales pitch for their latest romance. Over. And over. And over. I wonder if these folks sit down for a cup of coffee with their BFFs and say, every two minutes, "She's from the wrong side of the tracks and he's a billionaire. What can they possibly have in common? Everything!" Then plop down a book order form.

Seriously guys? What part of the "social" in social media are you missing?

One of my friends over on Google+ coined the phrase "#linktoilet." I find it fitting. It's as if the ability to copy and paste a link has given us all license to turn our facebook walls into the Times Square of the internet. Really, I'd much rather know what you had for dinner than to see a constant advertisement for your latest book. And so would your readers.

Social media is not a place for advertising. The new marketplace demands, more than ever before, that you establish relationships. We are the most marketed to generation in world history. Just like the survivors of the Bubonic Plague developed an immunity to the disease in Europe, 21st century Americans have developed a very strong immunity to marketing tactics.

You've got to be their friend before they'll be your customer, or in our case, your reader. People are looking for tribes to join, not billboards to read.

I've probably hurt some feelings. You're a writer, you should be used to it. Your marketing approach demands the same tough criticism as your prose. Once you've received the label "Spammer," you would have been better off if you'd never started a facebook or twitter account. It's an easy trap to fall into. Don't let it happen to you.

Start now. Go onto your favorite social network, resist the temptation to post a link to your book, and say "Hello" to someone. No links. No self-promotion. Just socializing. You can do this, people. Be strong. Go find your tribe. 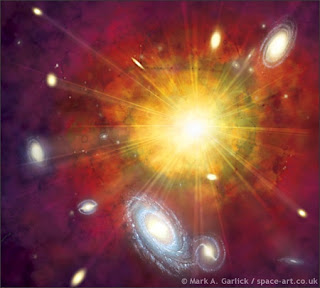 My current novel, or series as it turns out, uses time as a central theme. It's almost to the point that time is a character in itself. No, time isn't going to get up and start speaking, though for anyone over the age of forty, it often seems that way.

I guess this has a spark in the back of my cobbled brain for many years, ever since my college physics classes. I loved physics so much that I considered making it my major instead of engineering (my physics teacher at Lawrence Tech University asked me one day, "Are you a physics major or only an engineer?").

One of my favorite topics was Einstein's Theory of Relativity. That's the one that states "Relatives visiting on holidays appear to stay for days when only a few hours has passed." Okay, just kidding.

Most of us are familiar with the simple version of relativity. If you're on a train going 100mph and another train passes you at 110mph, from your viewpoint, the other train is moving very slowly, even though it is passing yours. That's the basic principle.

Some of you may even know that the theory applies to traveling near light speed. If you hop into a spaceship and travel near light speed, you'll come back in a few hours to find that twenty years has passed on Earth. Your twin brother will be an old man. Pretty cool, huh?

The movie Genesis Code does an excellent job of explaining how this applies to the book of Genesis and the seven days of creation. The movie may or may not have it right. I have my opinion as I'm sure every other Christian does. But the concept is staggering.

I think all Christians will agree that time through the eyes of God is completely different than the way we view it. To us, it is uni-directional constant. There must be a beginning and an end. We measure it in known constants like years, days, minutes, and seconds. But what if, in the eyes of God and other residents of Heaven, time were not so clear cut? What if it were more like an idea, or an emotion, something that really has no units of measurement?

Or, as is explained by Einstien and  Genesis Code, the units of measurement aren't constant? Five minutes today may have been shorter than five minutes near the start of creation, or when, as stated earlier, we travel near the speed of light.

The implications for the theologian are interesting. For the novelist, they open up a whole new world. Literally. And that's what I hope to accomplish with my new venture into the world of fiction. I'd like to get people thinking about time, how we view it, and how God views it.

It may change the way we think about everything.